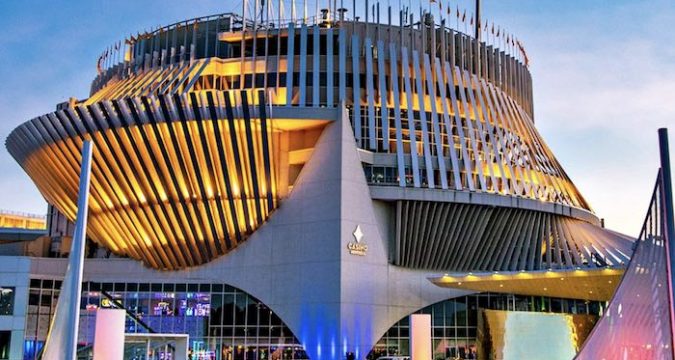 Croupiers at Quebec’s Montreal Casino are on strike for the second time in May as they seek better salaries and more rest breaks. The strike began at 9am on Saturday 21st May as negotiations with Loto Quebec stalled once more.

A picket line has been set up in front of the casino entrance.

The principle grievance of the croupiers is that they are asked to deal too many cards on each shift. Their bosses ask them to distribute up to 10,000 cards in a day in an effort to drive more wagering from gamblers and more revenues for the casino operator.

Croupiers represented by Jean Pierre Proulx, from the Canadian Union of Public Employees, say that the fast pace of the dealing is bringing out repetitive strain injuries and that they should be given longer and more frequent rest breaks to reduce the risk of injury.

The union have said that a ‘staggering’ number of croupiers are currently suffering as a result of their relentless hours.

This is the second time in May that a strike has been called after four-hour strikes were carried out on the weekend of May 14th and 15th to draw attention to the lack of progress in negotiations.

Due to the disagreements between the croupiers and their employees, there has been no collective agreement on the working conditions of 521 dealers since March 2020.

Despite the strike, Loto Quebec, who run the Montreal Casino, say that most of the site is still operational – gaming tables, slots machines, shows and restaurants continue to do business. However, the poker lounge where most croupiers work is closed.

Loto Quebec believe that the demands of their workforce are not reasonable. They say the croupiers are looking for a 30-minute paid break for every 60 minutes worked which would give them 30% shift time as paid break. They say this is not in line with the rest of the industry.

The dealers say their current set-up allows for just 15 minutes paid break after every 60 minutes but they do not want their 30 minute break to be paid.

Further disagreements concern pay levels. The union says that Loto Quebec are attempting to put salaries back to 2017 levels and offer new starters only 90% of the base salary level. But the provincial lottery group say that is still higher than the market average.

They say that what is on the table is reasonable and in line with the conditions and pay structure offered at other casinos that they run.

WANT TO GAMBLE ONLINE INSTEAD?

If you can’t make it to your local casino then you can always gamble online at any of our listed real money online casinos. Players in Ontario can check out our list of Ontario Online Casinos licensed in the province.