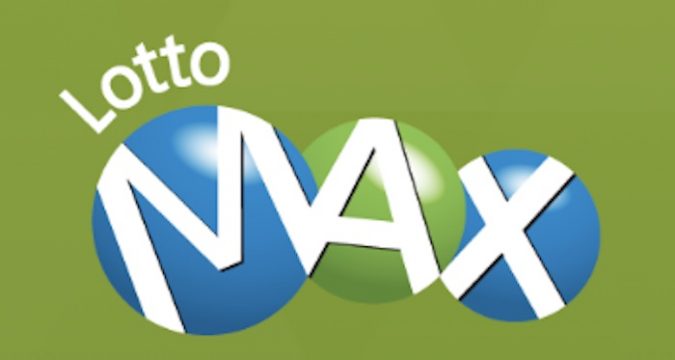 Back in April, we reported that a winning ticket for a record-breaking $60 million Lotto-Max jackpot was sitting unclaimed somewhere in Ontario. Now a winner has finally come forward and last Thursday, a 58-year-old woman from Hamilton received a cheque for the full amount.

Leah Murdoch-Gerics had purchased her ‘quick pick’ ticket for the 19th April draw on the Olg.ca website after playing on and off for a year.

And this time she became the biggest ever prize-winner from an online purchase. Ms Murdoch-Gerics received her prize at a special ceremony on Thursday 26th May during which she explained why she hadn’t claimed the prize until now.

Shortly after the draw took place Ms Murdoch-Gerics received an email from the OLG.ca saying that she had won but not realising its significance, she did not open it.

Only later on did she see that the email, which she had assumed was informing her of another free ticket win, looked different to others from the OLG.ca website.

The lucky winner described her feelings on opening the email and realising she had won the huge jackpot. I was “suddenly calm” she said, but “I didn’t know what to do next. I couldn’t really fathom this was happening to me.”

Even then she thought the prize was $60,000 from a lower tier. But upon showing her husband the email together they realised their windfall was much greater.

“It was clear at that moment what he saw!” she said. “We were both in shock and just stared at each other stunned in disbelief”.

Now, Ms Murdoch-Gerics said, her previously retired husband has a new job … “working for me!” At the press conference arranged to present her win, she also described the moment of telling her children as one of the best as they would get all the excitement but without any of the responsibility of being a winner.

The big question for anyone who scores a payout like this is, how do you plan to spend the money.

Ms Muroch-Gerics gave little away other than to say after taking her family on a big holiday she will use it wisely in the long term.

In conclusion she said: “I don’t see any major changes in the immediate future because who knows where we will be a year from now,” she said. “This is just an emotional journey that starts with disbelief and builds into excitement. I feel so humbled and honoured to be in this place at this moment.”

dThe next jackpot draw is due to take place on Tuesday 31st May and the prize stands at a staggering $70 million. Other recent winners include Patrick from Toronto who won $30 million and Garry from Oakville who won $22 million.

The Lotto Max draw takes place every Tuesday and Friday and a $5 purchase gets you three sets of numbers from 1 to 50. The draw is seeded at $10 million and can grow as high as $70 million. After it reaches $50 million then additional Max Millions payout are added to the game each starting at $1 million.

If you can’t wait to play the lottery you can also spin for multi-million dollar payouts in Canadian online slots games like Mega Moolah from Microgaming.